Feel The Difference: Currying Or Partially Applied Function In Scala

Before demonstration of code examples, it would be rational to get acquainted with the definitions. For most people it is enough in order to understand what is the difference.

Currying – decomposition of function with multiple arguments into a chain of single-argument functions.

Notice, that Scala allows to pass a function as an argument to another function.

In general, you can stop reading this article if everything is clear. Otherwise I recommend to look at some examples for each of function types.

Let’s start from the most trivial example of curried function:

What happened in the code snippet above? At first I declared function sum. It has two arguments of Int type.Its returning type is Int as well.
Then I create a curried version of the sum function. The curriedSum function accepts single argument of Int type and returns a function of Int => Int type.
When I pass 5 into the curriedSum I receive back a new function res0: Int => Int (this sample was performed in REPL).
Finally, invoking res0 with any Int parameter we will add this parameter to 5. 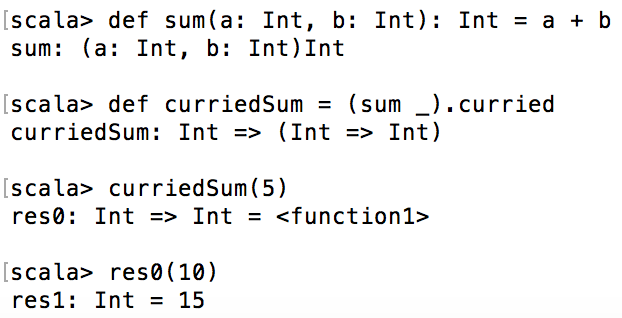 By invoking a curried method on any function of type FunctionN where N > 1, we receive a curried version of the function.

Here is another example of currying:

The logic of isInRange function is pretty simple: if argument n more than left but less than right, the function returns true, otherwise false.

After we made a currying version of isInRange, we can perform following operations with it: 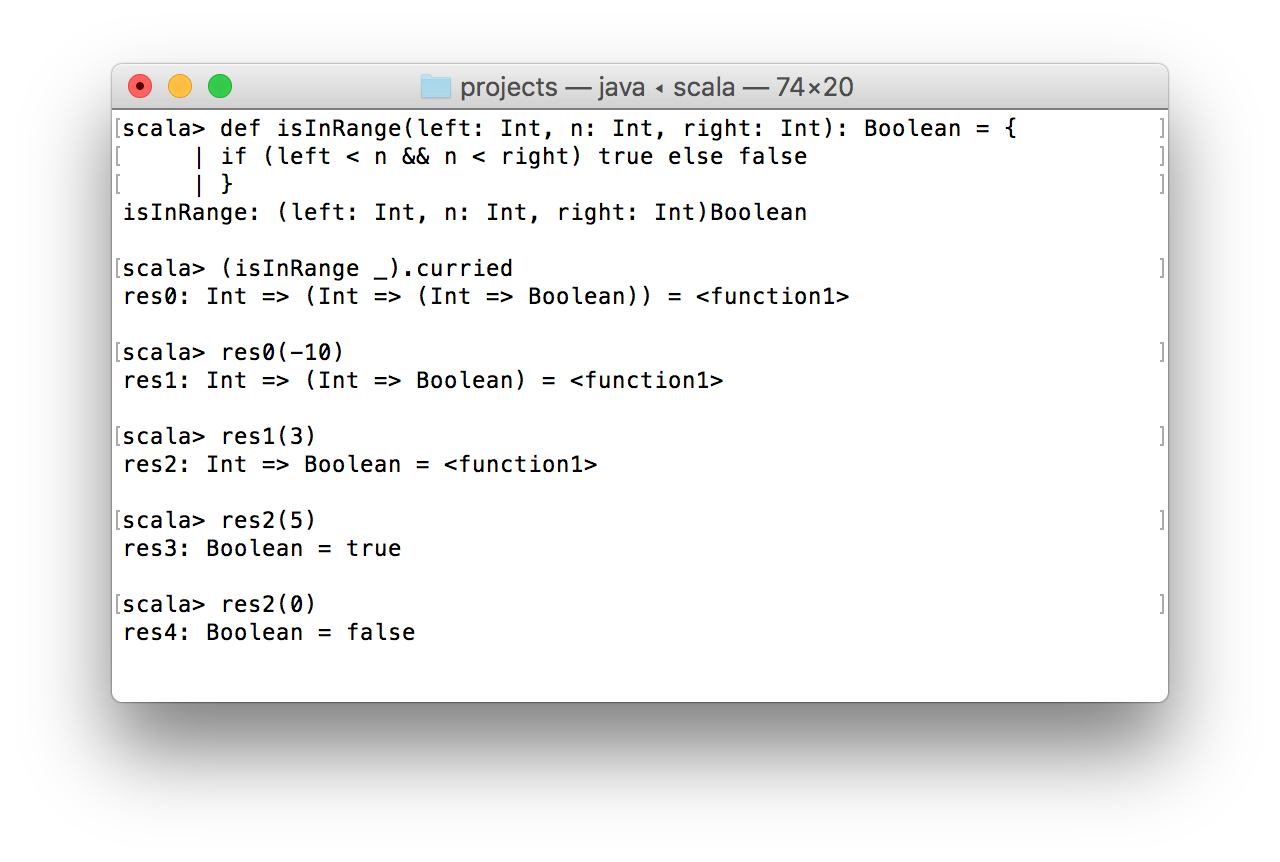 On this screenshot you can see how we pass one by one arguments and as a result we see two boolean results in res3 and res4.

Now let’s see how partially applied functions look like on practice. I’m going to use the isInRange function from the previous section.

So what happened in the code snippet above? I used isInRange function as a base for 2 new functions: is5InRange and between0and10. Notice, that for missed parameters you can use underscore.

Partial application is extremely helpful when you want to create a set of different functions on top of one particular function. In the same way, as I create between0and10, it’s easy to create between50and75 for instance.