Profile of successful Java developer in 2016 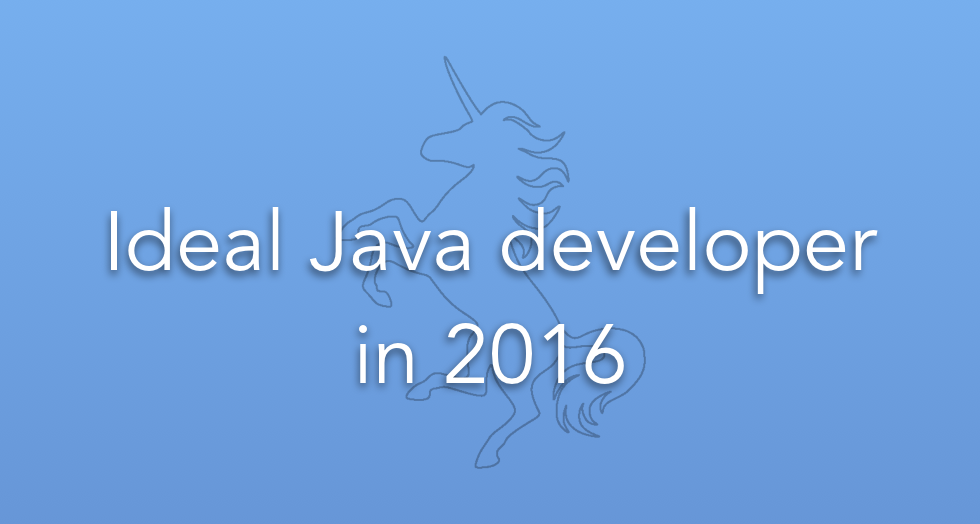 2015 is almost over. It’s time to summarise what was done and what wasn’t during the past year. Furthermore it’s a good time to make predictions for the next 2016 year. As you have already guessed this post is about an ideal java developer in 2016.

I want to surprise you, this time I changed a format of the prediction. In order to make a forecast more impersonal I’ve invited multiple authoritative developers. So as a result you will be able to get more comprehensive opinion in order to determine what java skills would be in demand.

Firstly let’s make a conclusion what has became true from the previous post about an ideal Java developer in 2015. I created a table with 3 columns:

Pet projects. A role of pet project can play not only an application, but also a book or e-learning course. Everything you create out of work is a pet project in some sense. And yes, it’s useful to work on such stuff!

As you see 4 from out 5 predictions more or less have became true. Unfortunately I in 2015 was pretty far from the portrait of successful Java developer, but I tried to did my best. And what about you? Do you match to the portrait?

What’s new is waiting for Java developers in 2016 and what skills will be on demand? We can make some predictions based on information and facts which we already have. The infographics below demonstrates which java web developer skills are needed in 2016. 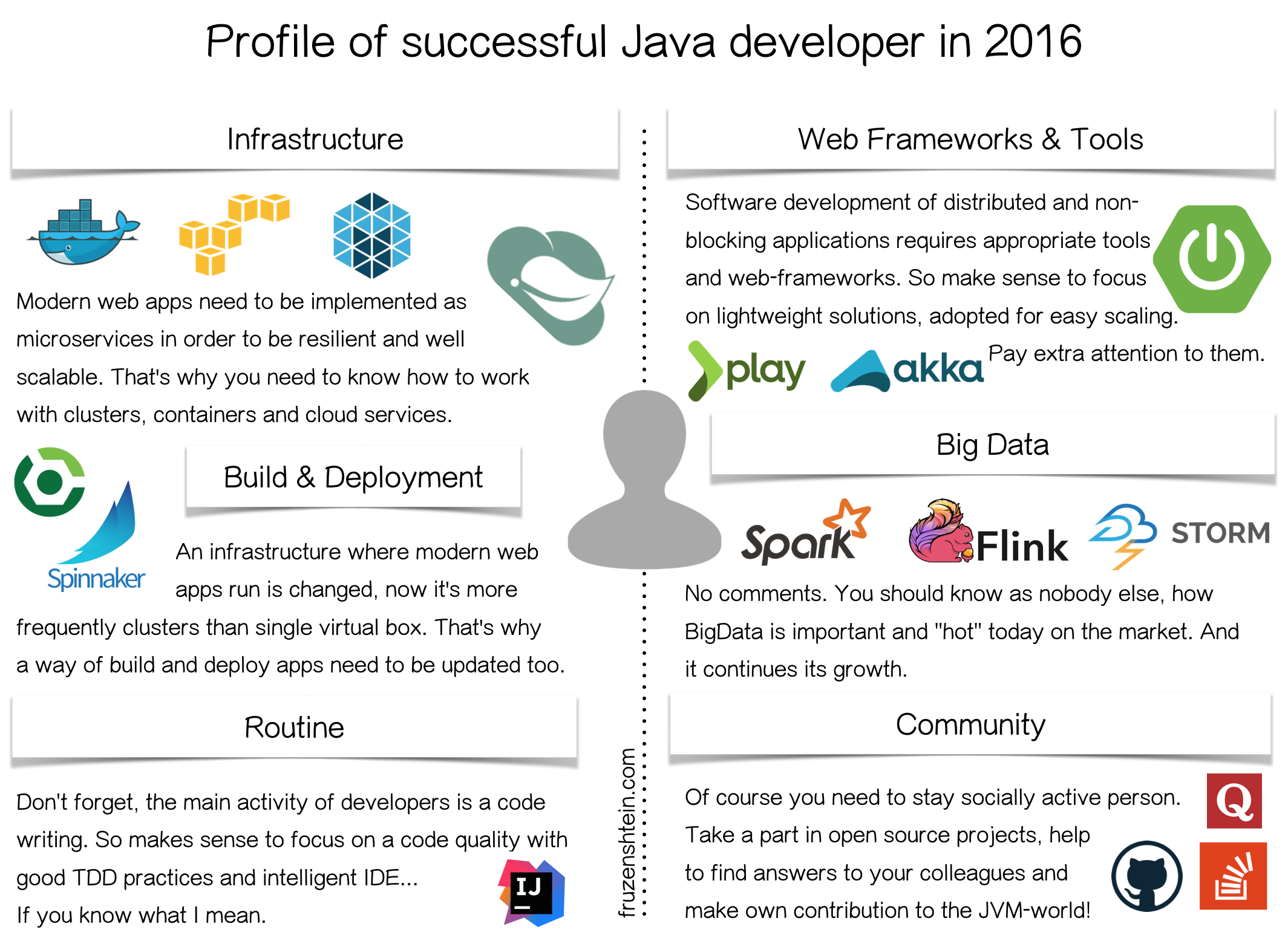 Of course I need to explain in details what means each of topics. But if you totally are agreed with the infographics above, you can simply skip the rest of article and share it with your friends. Just kidding!

Regarding the infrastructure, web-frameworks and tools:

All these circumstances dictate new requirements to web-frameworks, tools and deployment process. This is extremely valuable to learn Docker, AWS, Mesos, Spring Boot, Play and AKKA in 2016. I’ll be really glad to see analogs of these technologies in comments.

Business Intelligence, Internet of Things. Have you ever heard these words before? This is pretty new direction of technology development. Both of them require usage of Big Data. Hence 2016 is a good time for jumping into the “Big Data Train”, because it starts a trip to high demand exactly 1 second ago. Hurry up! Spark, Flink and Storm are waiting for you.

And finally there are several not so optimistic thoughts. Regardless of technical progress and pressure of new trends, a developer has to do his job well. This is all about routine – a code development, refactoring and a review…

In order to stay in good form and be productive, you need to use a convenient IDE, efficient engineering practices and improve a programming skill. A routine… Nothing to say.

I wish you, to become socially active developer in 2016. Because it’s a good way to learn something new and to share your experience with others. GitHub, StackOverflow and Quora will help you with this.

Geoffroy Warin gives to us his opinion about a modern Java developer.

Nobody knows what will happen in 2016, but it’s a nice idea to plan a personal activity based on facts and observations. So let’s 2016 begins and in the end of it we will make a conclusion what was true and what was false!

Portrait of successful Java developer in 2015

How to create a bug report? Best practice